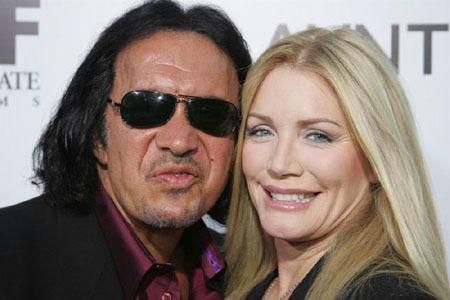 Shannon Tweed’s weight and other measurements are visible in the table below. Check it out!

Shannon was born March 10, 1957 in St. John’s, Canada. Her family was quite poor. At the age of 20, young Shannon became involved in beauty pageants following breast enlargement surgery . She dated shortly Hugh Hefner. Her next boyfriend was musician Gene Simmons. After a long relationship, they got married in 2011. Tweed has two kids, son Nicholas Adam and daughter Sophie Alexandra. Some of Tweeds popular roles were on movies like Night Rhythms and Possessed by the Night.

You can still be strong and be feminine.

I realize I can never take my success for granted. It’s not attractive for anyone to be like that.

School seemed unimportant, since I learned so much more on my own.

I have beauty, intelligence, individuality, sensuality and sexuality.