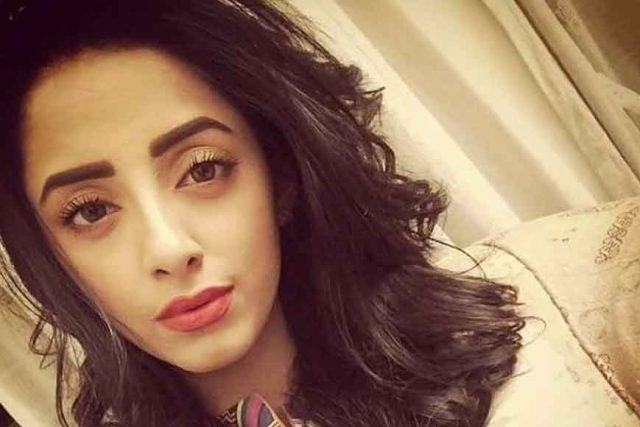 Sanam Chaudhry’s weight and other measurements are visible in the table below. Check it out!

Sanam Chauhdry is a Pakistani actress and model. She is known for television roles as Natasha on Aasmanon Pay Likha, Hira on Bhool, Maryam on Zindagi Tujh Ko Jiya, Mehrunnisa on Kathputli, Hania on Bedardi Saiyaan, Zara on Nikah, Iraj on Mere Meherbaan, Hareem on Tere Mere Beech, Anji on Ghar Titli Ka Par, Ayaan on Rubaru Tha Ishq, Momina on Haiwaan, and Maryam on Ab Dekh Khuda Kya Karta Hai. For her role as Hira in Bhool, Sanam was nominated at the 3rd Hum Awards in the Best Soap Actress category. She made her film debut with the movie ‘Ishq 2020’ directed by Najaf Bilgrami. Born on August 27, 1991 in Lahore, Pakistan, she has one older sister named Zeb. She graduated from University of Central Punjab.