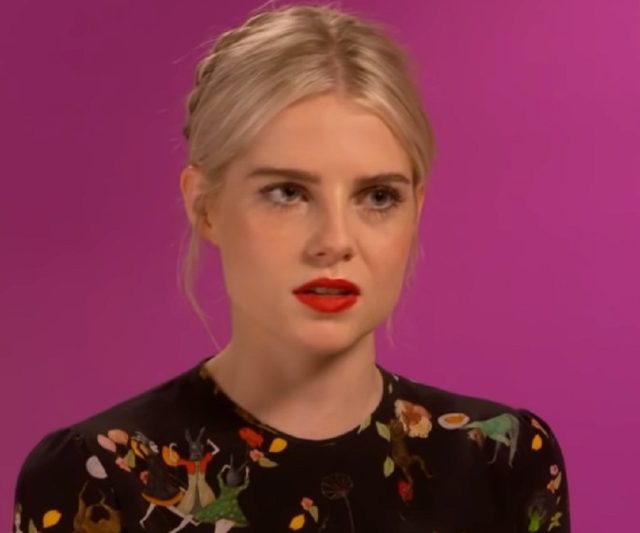 Lucy Boynton’s height and other measurements are visible in the table below. Check it out!

Lucy Boynton is an American-British actress. She is best known for her roles in the films Miss Potter, Copperhead, Sing Street, Murder on the Orient Express and Apostle. For Miss Potter, she was nominated for the Young Artist Award for Best Performance in a Feature Film – Supporting Young Actress, in 2007. She also played the role of Mary Austin in the 2018 biographical film Bohemian Rhapsody. Her notable television credits include Sense & Sensibility, Borgia, and Gypsy. Born Lucy Christabel Boynton on January 17, 1994 in New York City, New York, USA, to Adriaane Pielou and Graham Boynton, she was raised in London, England. She has an older sister, Emma Louise Boynton. She was educated at Blackheath High School and James Allen’s Girls’ School. Lucy made her theatrical film debut as Young Beatrix Potter in the 2006 British-American film Miss Potter. In 2018, she began dating actor Rami Malek.

Being part of the Queen story and knowing what Freddie Mercury went through before he died of AIDS has really shown me how far we’ve come in fighting this disease.

‘Gypsy’ follows a New York therapist, played by Naomi Watts. It explores the boundaries between patient and doctor – she kind of starts to play puppeteer with her clients.

When it’s a real person, you want to be as honest as you can and approach it in a similar way as you would any other character, but with that restriction and wanting to respect the boundaries of that person and not be intrusive in any way.

I remember watching that scene in ‘My Girl’ where Anna Chlumsky cries at a funeral. I would cry with her and be like, ‘Yeah, I think I could do that. I could do a funeral scene.’

There were years in between of going to auditions pretty much every day and getting nothing.