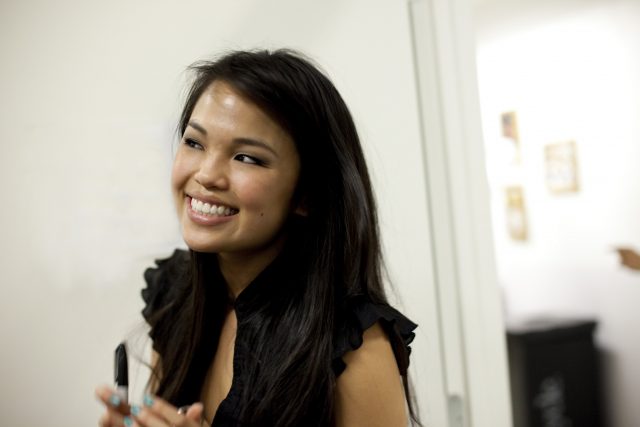 Nikki SooHoo’s weight and other measurements are visible in the table below. Check it out!

Nikki SooHoo is a Chinese American actress. She is best known for her portrayal of gymnast Wei Wei in the 2006 teen comedy Stick It, and for her role as Fiona Lanky in the Disney Channel show Phil of the Future. In 2009 SooHoo played Christina in the fifth installment of the Bring It On franchise, Bring It On: Fight to the Finish with Christina Milian. She also played a supporting role as Denise “Holly” Le Ang in the 2009 film The Lovely Bones, and played Betty Finn in the television adaptation of Heathers in 2018. She also provides the voice of Princess Samira on Nick Jr.’s hit show, “Shimmer and Shine.” Born Nicole Summer SooHoo on August 20, 1988 in Los Angeles, California, she attended Orange County High School of the Arts and earned a degree in world arts and cultures at University of California, Los Angeles.