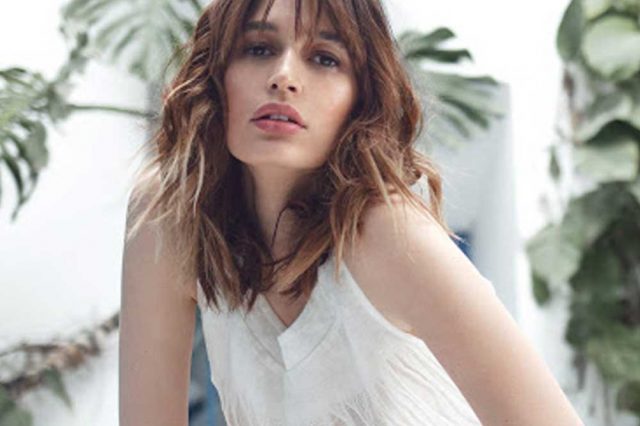 Kenza Fourati’s shoe size and other measurements are visible in the table below. Check it out!

Kenza Fourati is a Tunisian model who finished in third place in the Elite Model Look competition in 2002 at the age of 15 and signed with Elite Model Management. She has been featured in many international fashion magazines including Vogue Paris, Elle, Marie Claire, L’officiel Voyage, Grazia, and GQ. Fourati has walked the runway for major fashion houses, including Armani, Stella McCartney, Tommy Hilfiger, Céline, Gianfranco Ferré, Jean Paul Gaultier, Valentino and Vivienne Westwood. She appeared in the Sports Illustrated Swimsuit Issue in 2011. Born on May 13, 1987 in Lille, France, to parents Dora Bouchoucha and Kamel Fourati, she moved to Tunisia with her family when she was two months old. She has a younger sister named Maleke. Fourati attended a French high school in Tunisia. In 2008, she graduated with a Bachelor in Literature and Fine Arts from Sorbonne University, and obtained a Master’s degree in Film studies from Kingston University in 2010. In April 2016, Fourati married Egyptian-American Ayman Mohyeldin. Together they have one daughter, Dora Fourati Mohyeldin.

The first time I came to New York, I was 14. I was on holiday, and I loved it! I knew that I would come back to live here. It’s a city that makes you feel, very quickly, at home.

Women are very powerful! That’s why I believe in women’s rights and why I fight for it.

My father was the nurturing one, the one who always made sure my sister and I ate properly and that our hair was brushed… He really took care of the logistics of our upbringing.

If you were asking me how it is to be a Muslim in America, it’s much harder to be a North African in France than to be a foreigner here in America.