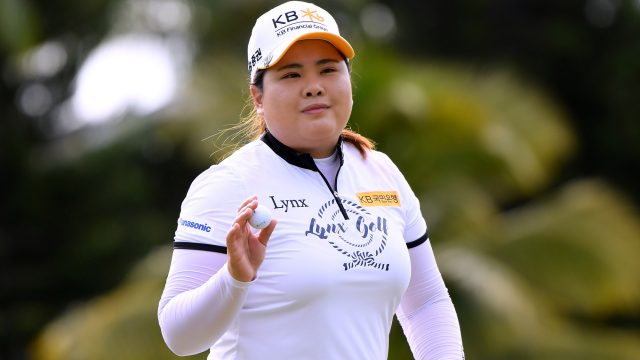 Inbee Park’s height and other measurements are visible in the table below. Check it out!

Inbee Park is a South Korean professional golfer, currently playing on the LPGA Tour and the LPGA of Japan Tour. Turning professional in 2006, Park has won seven major championships in her career, including three consecutive major wins during the 2013 season, becoming only the fourth LPGA Tour player to win three majors in a calendar year. She became the youngest player to win the U.S. Women’s Open and the second player, after Annika Sorenstam, to win the Women’s PGA Championship three years in a row. She is only the 7th player to win four different majors during her career and capture a career Grand Slam. Park was ranked number 1 in the Women’s World Golf Rankings for four separate runs: April 2013 to June 2014, October 2014 to February 2015, June 2015 to October 2015, and from April to July 2018. Born on July 12, 1988 in Seoul, South Korea, to parents Sung Kim and Gun Gyu Park, she has one sister named Inah. She began playing golf at the age of ten, and at 12, she moved to the United States to pursue a golf career. Park was educated at Bishop Gorman High School and Kwangwoon University. She won nine events on the American Junior Golf Association circuit and was a five-time Rolex Junior All-American. She has been married to Gi Hyeob Nam since 2014.

I experienced American golf courses when I was younger and played a lot of USGA and AJGA tournaments.

This is what I love to do. And if pressure is something that comes with playing good golf, that’s something a professional golfer has to handle.

Sometimes, all the interviews, those are the toughest thing for me, but once you really start to do it a lot and start to get used to it, I can find some fun in those parts, too. Because playing golf is the easiest thing for me, and that’s something I’m so used to; that’s why it was always easy.