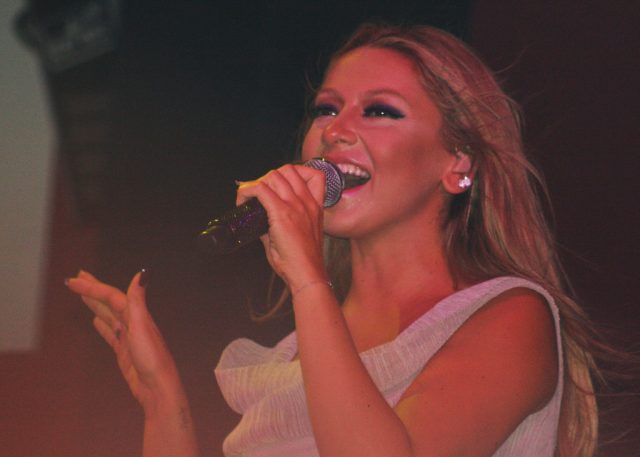 Hadise’s weight and other measurements are visible in the table below. Check it out!

Turkish-Belgian pop singer-songwriter who first achieved fame when she appeared on the Belgium version of Pop idol. Hadise came to prominence after releasing her debut album Sweat in 2005. Her single “Stir Me Up” gained popularity in both Belgium and especially Turkey, where the song became a huge hit in the summer of 2006. Her self-entitled studio album, “Hadise”, become more commercially successful. This album included four singles, “A Good Kiss”, “My Body”, “My Man and the Devil on His Shoulder” and “Deli Oğlan”. In 2009, Hadise represented Turkey in the Eurovision Song Contest with the song “Dum Tek Tek.”. Apart from that she was the presenter of the second season of the Belgian X Factor on VTM and worked as one of the judges on the singing competition show O Ses Türkiye (Turkish version of The Voice) (2011–18). Born Hadise Açıkgöz on October 19, 1985 in Mol, Antwerp, Belgium, to parents Gülnihal and Hasan Açıkgöz, she has three siblings, an older sister named Hulya, a younger sister Derya, and a younger brother Murat. Hadise studied economics and modern languages in university and is fluent in five languages: Turkish and Dutch (native languages), French, English and German. At the age of 18, Hadise participated in the first season of the show Idool, the Flemish version of the Pop Idol series.

Look below and behold the body statistics of Hadise. The table covers bra size, height, weight, shoe size, and more!