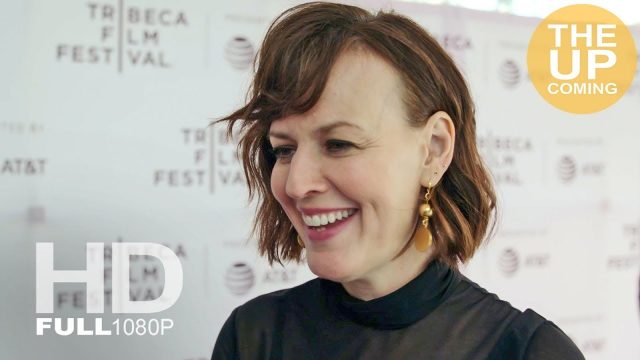 Rosemarie DeWitt’s shoe size and other measurements are visible in the table below. Check it out!

Rosemarie DeWitt is an American actress. She is best known for her portrayal of Emily Lehman on the Fox television series Standoff (2006–07), and for her role as Charmaine Craine on the rom-com series United States of Tara (2009-2011). In 2008, DeWitt appeared as Rachel in Jonathan Demme’s Rachel Getting Married alongside Anne Hathaway, for which she won several critics’ awards and a Satellite Award for Best Supporting Actress. She also played the role of Amy Bowen in the 2015 remake movie Poltergeist. DeWitt’s other notable works include The Last Tycoon, Your Sister’s Sister, Mad Men, and Little Fires Everywhere. Born Rosemarie Braddock DeWitt on October 26, 1971 in Flushing, New York, to parents Rosemarie (Braddock) and Kenny DeWitt, she is a granddaughter of former World Heavyweight Champion James J. Braddock. She was raised in Hanover Township, New Jersey and she graduated from Whippany Park High School. She performed in several high school productions. DeWitt also attended the New College at Hofstra University where she received a degree in creative studies. She began her professional acting career in 2001. She has been married to actor Ron Livingston since November 1, 2009. They have two children. She was previously married to Chris Messina.

I think actors always have that fear of unemployment so when the opportunities are there, you just jump on them.

I’m not on any social media; I don’t even know what things are. I’m so behind the times.

I think you’re always drawn to what you love, and I’m always really drawn to things that feel really real and really true to me. I love things that make me think of things in a way I hadn’t, and I love looking at people in the world in a way that I hadn’t. And sometimes big, huge stories do that for me, but I think I am drawn to smaller ones.

I haven’t been really guilty of being an uber helicopter parent; I took the baby monitors out when they were three months old because I thought that was an invasion of their privacy.

I feel like, in my 20s, I was putting my hair in a ponytail and pinching my cheeks and raising my voice an octave. So I feel more comfortable being a woman than I did being a young ingenue.