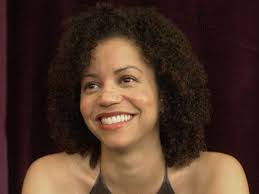 Gloria Reuben’s height and other measurements are visible in the table below. Check it out!

Gloria was born June 9, 1964 in Toronto, Canada into the family of Jamaican immigrants. She studied music, ballet and jazz at The Royal Conservatory of Music. Later, she started some modeling gigs that led her to TV commercial and subsequently her career as an actress took off. Probably her most famous role is Jeanie Boulet from medical drama ER. Most recently, Reuben is starring as Adina Johnson in a new television series Cloak & Dagger. She was married to Wayne Isaak but the couple divorced in 2003.

I had been an activist on the issue of HIV, primarily in the African American and Latino communities here in the U.S. for many years. It was horrifying to me how the pandemic was raging right here in this country but no one was talking about it.

Comprehensive climate legislation must be passed so that we can ensure a world where this and future generations can experience the bliss of breathing clean crisp air, while fishing in the Adirondacks… and being able to eat the fish afterwards.

How can we teach our children to be responsible beyond themselves and care for other human beings’ welfare and for the welfare of the planet and all that it contains? It’s a difficult lesson to convey, when, more than 20 years after the Exxon Valdez disaster, Prince William Sound is still experiencing the damaging effects.

Mountaintop removal coal operations enrich only a handful of elites while impoverishing everyone else in their proximity.

The main cause that I have attached my name to and am working diligently in is the issue of climate change.