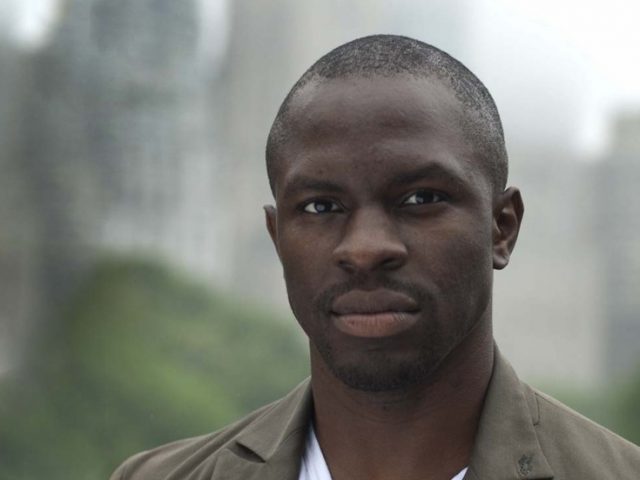 Gbenga Akinnagbe’s shoe size and other measurements are visible in the table below. Check it out!

Gbenga Akinnagbe is an American actor and writer. He is best known for his portrayal of Chris Partlow on the HBO series The Wire, and for his role as Larry Brown on the HBO series The Deuce. He has also appeared in films such as The Savages, Edge of Darkness, Knucklehead, Lottery Ticket, Fort Bliss, Detour, Crown Heights, Egg, The Sun Is Also a Star, and Render to Caesar, and the television series Barbershop, The Good Wife, Nurse Jackie, A Gifted Man, Damages, Law & Order: Special Victims Unit, Graceland, 24: Live Another Day, The Following, and Limitless. His two articles was published in The New York Times, one detailing a trip to Nepal to climb the Himalayas, and the other outlining the medical procedures he underwent to correct his severely flat feet. Born on December 12, 1978 in Washington, District of Columbia, USA to Nigerian parents, he was raised in Silver Spring, Maryland. He is the second oldest of six children, with one older sister and four younger brothers. He attended Colonel Zadok A. Magruder High School in Rockville, Maryland and graduated from Bucknell University with a degree in Political Science and English in 2000.

I did a movie called ‘The Savages’ with Laura Linney and Phillip Seymour Hoffman, where I played a nurse, and it showed me in a different role from what I played on ‘The Wire.’ It showed my range as an actor.

I’m a very physical person. I’m very tactile. I wrestled in college, so a lot of my communication with the world comes through physicality – what I take in and what I put out there.

Growing up, I was in and out of trouble in group homes and other institutions, and when I was 14, I was locked up in a psychiatric hospital for a number of months for behavioral problems.

I like writing, and I enjoy it. It’s painful. You can’t get around the pain of writing. I’m still trying to balance on what I think is my creative habit. It varies, but I do know that I need to continue. It helps me with my acting, and the writing helps me be invested in a different way.

‘The Wire’ was a combination of great TV and great theater.