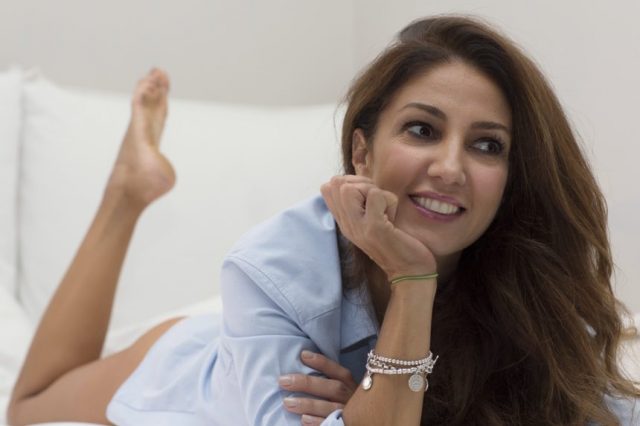 Fanny Cadeo’s height and other measurements are visible in the table below. Check it out!

Fanny Cadeo is an Italian actress, model, showgirl, singer and television personality. She rose to fame after appearing on the Italian television show Striscia la notizia. As an actress, she landed a leading role in the Italian western Trinity comedy series sequel, Sons of Trinity in 1995. In 2012 she portrayed Portia in the stage production of Shakespeare’s The Merchant of Venice directed by Andrea Buscemi. As a singer, Cadeo has performed several songs, including a cover of “Mambo italiano” (1993), “I want your love” (1994) and “Living in the Night” (2000). She has been the host of the Rai Due television show Il Cercasapori since 2013. She worked for Rai Radio 1 on the program L’Italia che va with Daniel Della Seta from 2012 until 2014. Born Stefania Cadeo on September 11, 1970 in Lavagna, Genova, Italy, she graduated from the Linguistic Lyceum and attended various courses in jazz and modern singing and dance. She made her television debut as a velina presenting Striscia la notizia (1992 and 1994). Fanny has a daughter named Carol born in 2014 from her relationship with an Italian businessman, Stefano Caviglia.