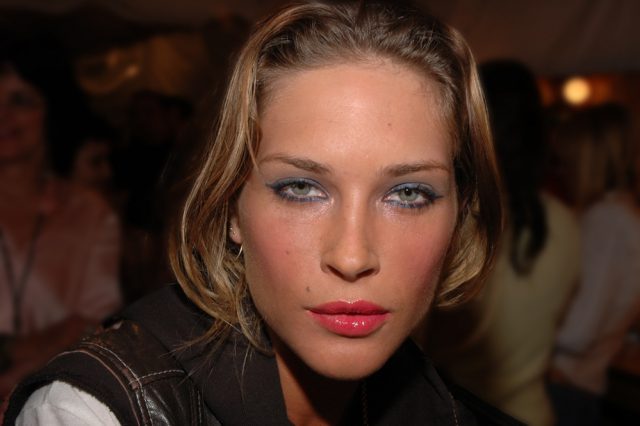 Erin Wasson’s height and other measurements are visible in the table below. Check it out!

Erin Wasson is an American supermodel, stylist, actress and designer who has appeared in campaigns for many important fashion houses such as Gucci, Chanel, Dolce & Gabbana, Michael Kors, Giorgio Armani, Balenciaga, and Cavalli. She has also appeared on the cover of fashion magazines such as French, Spanish, Russian and Australian Vogue, French Elle, Flair, Numero, Allure, and Esquire, and has worked with such notable photographers as Mario Testino, Peter Lindbergh, Steven Meisel, Nan Goldin, Patrick Demarchelier and Ellen Von Unwerth. She walked in the Victoria’s Secret Fashion Show in 2007. As an actress, she appeared as the vampire Vadoma in the 2012 horror film Abraham Lincoln: Vampire Hunter. In 2012 she appeared in the music video for “Madness” by rock trio Muse. Born Erin Elizabeth Wasson on January 20, 1982 in Irving, Texas, USA, to parents Christine Ellen Rountree and Mark Steven Wasson, she’s represented by the agencies IMG Models, Elite Model Management, and Kim Dawson Agency.

I’ve always been a girl with a massive opinion.

I’ve never been a girly-girl, never drawn to things that are fussy.

I’m really happy with everything that I’ve been fortunate enough to do and with the creative outlets I’ve been blessed to have.

The older I get, I’m definitely getting pulled towards the West Coast, because it’s a different quality of life. New York is great when you’re in your early 20s and you’re running around and it’s really fun, but it’s a place for me to get things done.

My mother gave me a pair of diamond earrings when I was 13. It symbolised becoming a teenager. I also remember getting a collection of costume jewellery from my grandmother when I was in high school.