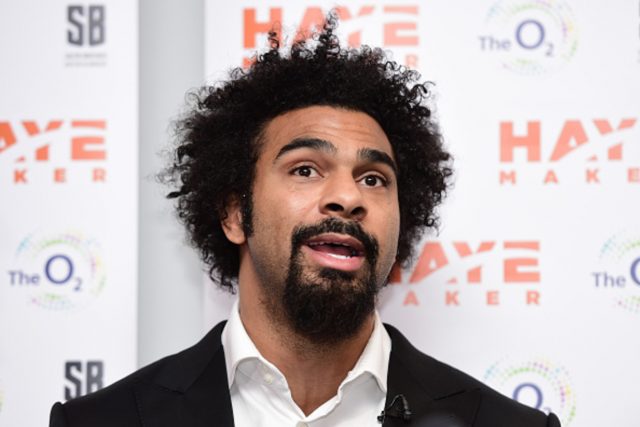 David Haye’s height and other measurements are visible in the table below. Check it out!

David Haye is a British former professional boxer who competed from 2002 to 2018. He is the former WBA world heavyweight champion and the former undisputed (WBA, WBC and WBO) world cruiserweight champion. He became the first British boxer to reach the final of the World Amateur Boxing Championships, where he won a silver medal in 2001. He participated in the twelfth series of I’m a Celebrity, Get Me Out of Here! in 2012, where he finished third. Born David Deron Haye on October 13, 1980 in Bermondsey, London, England, UK, to a white English mother, Jane Haye, and a black Jamaican father, Deron Haye. He has a sister Louisa and brother James. Haye attended Bacon’s College in Rotherhithe, South East London. He started boxing in the lightweight division at the age of eighteen. He has been married to Natasha Haye since 2008. Together they have one son, Cassius Haye.

It was always about being first, about winning. There were no prizes for second place. My mother and father said, ‘Do whatever you want, as long as you’re the best at it.’

Look what the Rumble in the Jungle did for Zaire. No one had ever heard of Zaire until then. After Muhammad Ali fought George Foreman for the title, no one forgets it.

Although boxing is a sport, it’s still entertainment. You’ve still got the fear, press conferences, the stare-downs. It’s all an act in some ways. My whole life I’ve been doing it. I love this side of boxing – as much as the actual fight.

I’ve got good genes. My dad was a martial arts instructor – and he was good.

In 2000, I got stuck in the sea off Cyprus after I fell off a boat. I was out there for over an hour. I am not a strong swimmer, but adrenaline kicked in, and I swam back.