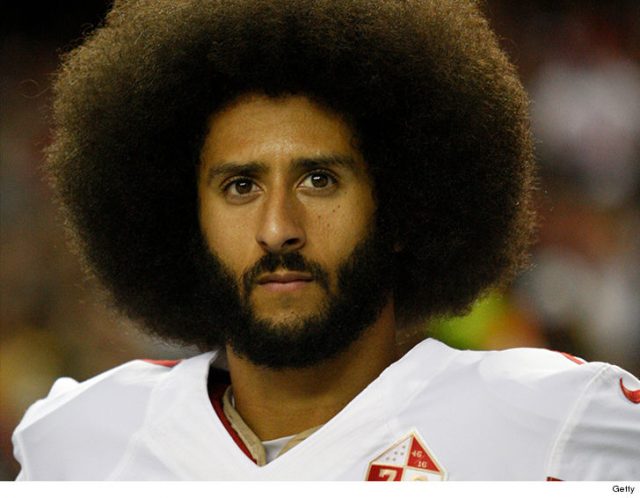 Colin Kaepernick’s height and other measurements are visible in the table below. Check it out!

Colin Kaepernick is an American professional football quarterback who played for the San Francisco 49ers in the National Football League from 2011 to 2016. Colin played college football for the University of Nevada where he was named the Western Athletic Conference Offensive Player of the Year twice. He became the only player in NCAA Division I FBS history to amass 10,000 passing yards and 4,000 rushing yards in a career. Born on November 3, 1987, in Milwaukee, Wisconsin, he was just a few weeks old when he was adopted by Teresa and Rick Kaepernick, a white couple. His biological mother, Heidi Russo, was 19 when he was born. He studied at John H. Pitman High School. He made his NFL debut against Philadelphia Eagles on October 2, 2011. He has been dating television and radio host Nessa Diab since 2015.

Thankfully, God blessed me with some legs that move pretty good, and we also get to wear pads, so I should be alright.

I think that’s something that’s hard for this country to address, is what the real issues are and coming to the point where we can admit that these are issues. Once we admit that, we can deal with it, we can fix them, and we can make this country and these communities a better place.

I have a very high expectation for everything I do. And when I go out and compete, I expect myself to make every play.