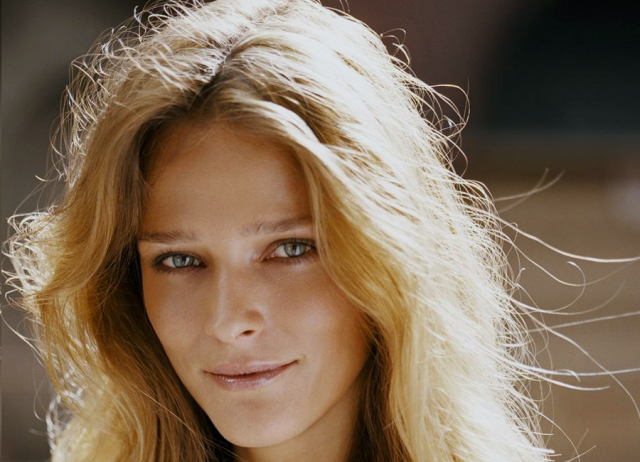 Carmen Kass’ shoe size and other measurements are visible in the table below. Check it out!

Carmen Kass is an Estonian model who is considered one of the world’s top fashion models. She is best known for her work as a Victoria’s Secrets lingerie model. She appeared in Victoria’s Secret Fashion Show in 1999, 2000, 2002, 2003 and 2008, and has worked as the face of Versace, Valentino, Chanel, Calvin Klein, Ralph Lauren, Yves Saint Laurent, Gucci, Chloé, Dior, Céline, Givenchy, and, for ten consecutive years, Michael Kors. She has also appeared and been featured on the cover of a number of international fashion magazines including Vogue, Elle, Image, Numéro, and Madame Figaro. She was named “Model of the Year” at the 2000 VH1/Vogue Fashion Awards. Born on September 14, 1978 in Tallinn, Estonia, to parents Koidu Põder and Viktor Kass, she has two older siblings, a sister named Victoria, and a brother, Kutty. She studied acting at Lee Strasberg Theatre and Film Institute in Manhattan, New York City. Kass was discovered in 1992 by an Italian modeling agency in a supermarket in her hometown at the age of 14. In late 2004, she began dating German chess player of American descent, Eric Lobron. She was previously in a relationship with restaurant owner Richie Akiva from 1998 to 2004.

I hope one day when I say I’m from Estonia, people don’t say: ‘What? Where’s that?’

You know what I always dreamed of? That with the greenhouse effect, one day Estonia can be what L.A. is right now. I always thought when the end of the world comes, I want to be in Estonia. I think then I’d survive.

I don’t think Estonians ever really hated Russians. It was more, ‘Leave us alone.’ We can’t change what is past. We can’t blame them for what their parents have done. We never hated them. They didn’t destroy us that bad.

We feel free. We’re independent. People can be openly proud of being Estonian. I have a lot of belief in Estonia.