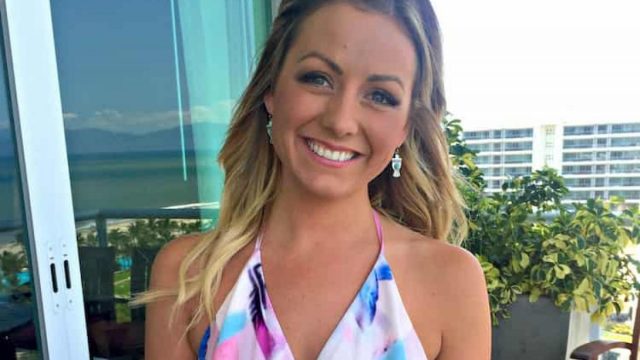 Carly Waddell’s weight and other measurements are visible in the table below. Check it out!

Carly Waddell is an American singer, actress and reality TV personality who appeared as a contestant on the ABC reality-television dating competition The Bachelorette and the 2nd and 3rd seasons of Bachelor in Paradise. Also a successful musical theatre actress and singer Carly has performed on cruise ships and venues across the US. Born on October 11, 1985 in Arlington, Texas, USA, to parents Jeff and Maryann Waddell, she has two brothers, Zak and Denton. Zak also appeared on 9th season of The Bachelorette. She attended musical theatre at Tisch School of the Arts, New York University and earned her Bachelor of Fine Arts degree in Musical Theatre Performance from the University of Oklahoma in 2007. She is married to Evan Bass, with whom she has tone daughter, Isabella Evelyn Bass. She also has three step-sons: Liam, Nathan, and Ensley.