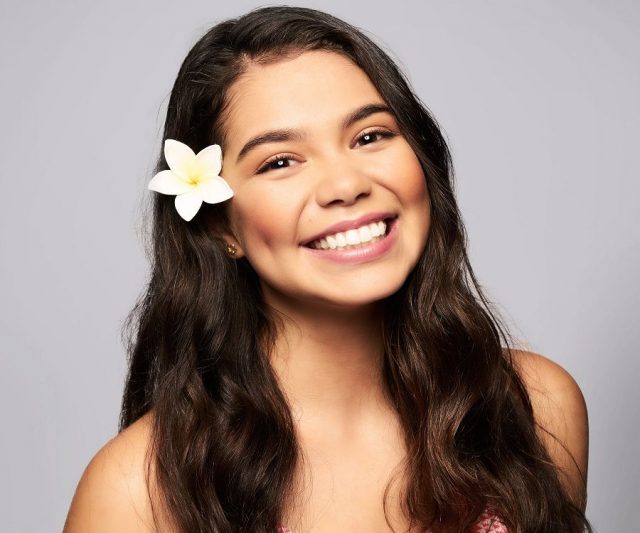 Auli’i Cravalho’s height and other measurements are visible in the table below. Check it out!

Auli’i Cravalho is an American actress, voice actress and singer. She is best known for voicing the title character in the 2016 Disney animated feature film Moana. She made her television in 2018 debut starring as Lilette Suarez in the NBC drama series Rise. In November 2019, she played Ariel in ABC’s The Little Mermaid Live!, a live-action concert rendition of The Little Mermaid. As a singer, Cravalho has sung various songs such as How Far I’ll Go, I Am Moana (Song of the Ancestors), Know Who You Are and Where You Are. Born Chloe Auli’i Cravalho on November 22, 2000 in Kohala, Hawaii, she was raised in the small town of Kohala by her mother, Puanani Cravalho. She has attended the Kamehameha Schools in their honors program and performed in the school’s Glee Club as a Soprano. She was discovered by an Oahu casting agent who noticed her singing in a charity competition.