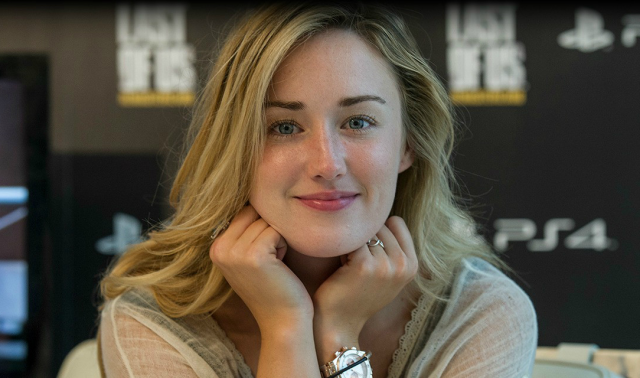 Ashley Johnson’s height and other measurements are visible in the table below. Check it out!

Ashley Johnson is an American actress, voice artist and singer. She is best known for her role as Chrissy Seaver in the television series Growing Pains, and for her voice work in television series such as Recess, Jumanji, Ben 10: Alien Force, Ben 10: Ultimate Alien, Ben 10: Omniverse, Infinity Train, and Teen Titans Go!. She portrayed Annie Warbucks in the TV movie Annie: A Royal Adventure (1995). She currently plays FBI forensic specialist Patterson in the NBC drama series Blindspot, and is a cast member of Critical Role. She won BAFTA Games Awards for her performances as Ellie in The Last of Us and The Last of Us: Left Behind in 2013 and 2014. Born Ashley Suzanne Johnson on August 9, 1983 in Camarillo, California, to parents Cliff and Nancy Johnson, she is Swedish, English, and Native American. She has an older brother, Chris Johnson, and a older sister, Haylie Johnson, who is also an actress. She studied violin and piano at the International School of Music; she also plays guitar and cello. Since 2012, Johnson has been in a relationship with writer, poet, singer, and storyteller Brian W. Foster.