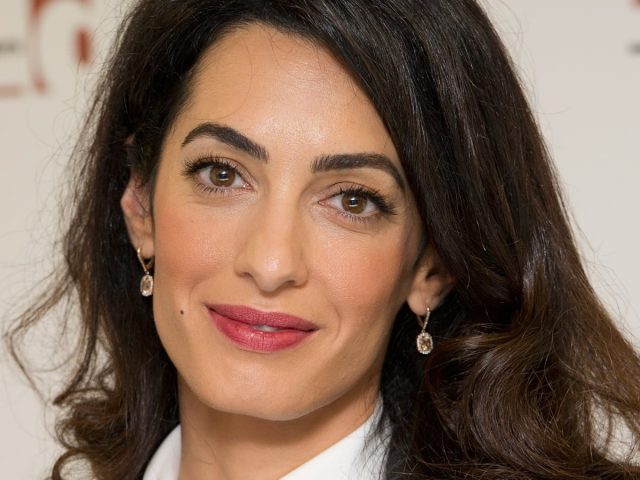 Amal Clooney’s height and other measurements are visible in the table below. Check it out!

Amal Clooney is a Lebanese-British barrister, human rights activist, philanthropist and wife of Hollywood star George Clooney. Amal’s notable clients include Julian Assange, the founder of WikiLeaks, Egyptian-Canadian journalist Mohamed Fahmy, the former prime minister of Ukraine, Yulia Tymoshenko, and Nobel Prize laureate Nadia Murad. She was appointed the special envoy on media freedom by the British Foreign and Commonwealth Office in 2019. Born Amal Ramzi Alamuddin on February 3, 1978 in Beirut, Lebanon, to parents Bariaa and Ramzi Alamuddin, she has three siblings: one sister, Tala, and two half-brothers, Samer, and Ziad, from her father’s first marriage. Amal’s family left Lebanon when she was just two years old, during the Lebanese Civil War, and settled in Gerrards Cross, Buckinghamshire. On September 27, 2014, she married famous actor George Clooney, with whom she has twins, Ella and Alexander.

No government intent on persecuting its critics will want to leave the outcome of a trial to chance.

Locking up dissenters does not reduce dissent – it fosters it.

If you are a lawyer, and you want to take on easier cases, you can prosecute traffic violations or something. You’d have a very high rate of success, and you probably could sleep more easily at night. But that’s not what drives me.

There was a break in the proceedings when Peter Greste was deported, and that was considered sufficient then to allow the executive to intervene.

I wanted to do well academically. But it was equally important to do things in an effortless manner.