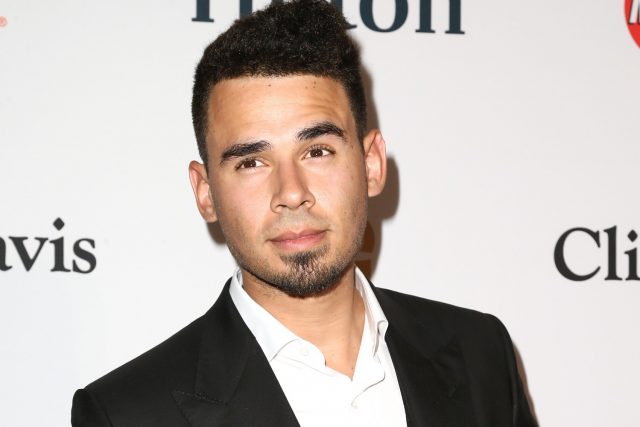 Afrojack’s height and other measurements are visible in the table below. Check it out!

Afrojack is a Dutch music producer and DJ. His single “Take Over Control”, which features Dutch singer Eva Simons, charted in 10 different countries. He released his debut EP, Lost & Found, on December 22, 2010. He was featured on Pitbull’s number 1 hit single “Give Me Everything” in 2011. His debut album, Forget the World, was released in May 2014. Born on September 9, 1987 in Spijkenisse, Netherlands, his birth name is Nick van de Wall. He began playing piano when he was only five, and started producing music at the age of 11 after discovering music software for the first time. He studied graphic design at the Grafisch Lyceum Rotterdam in Rotterdam for a year. He dated Paris Hilton for 6 months. He has a daughter, Vegas, from a previous relationship with Dutch model Amanda Balk. In 2018, Afrojack became engaged to the Italian singer Elettra Lamborghini.

Look below and behold the body statistics of Afrojack. The table covers bra size, height, weight, shoe size, and more!

For me, it’s a great thing to tell people anything is possible. When I was 15, people told me ‘You’re not going to be a DJ.’

I was in school – I was a good learner; if I wanted to get something done, I could get it done. I was lazy, though. I was always, like, sort of an outcast. And when I got home, I was always doing music, but when I was doing music, no one was there to judge it, you know? It was just me in my bedroom. It gave me freedom and made me happy.

The coolest things in life are things that you have not done before. That’s the key to life: new things always.

I always loved cars. I used to play ‘Need for Speed’ all the time… any racing game.

I’m a DJ who makes dance music who got to play with Sting.