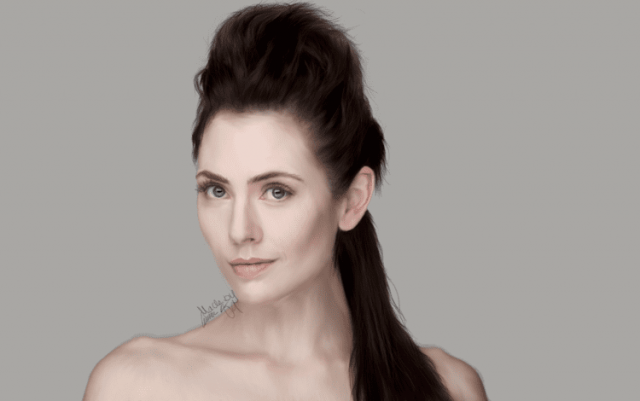 Adrienne Wilkinson’s weight and other measurements are visible in the table below. Check it out!

Adrienne Wilkinson is an American actress. She is best known for her role as Eve in the television series Xena: Warrior Princess. She also played Paisley Parker in the television sitcom Goodnight Burbank and had a recurring role in the Pretty the Series. Her other notable television credits include Undressed (2001), As If (2002), and Star Trek: Renegades (2017). She is also known for her roles in the films Raze, Reflections, Andromeda, Burning Dog and Landfill. Born Adrienne Marie Wilkinson on September 1, 1977 in Memphis, Missouri, she has three younger siblings; two younger sisters and one younger brother. Her younger sister Tracey Bradley is a director and producer with Pulse Studios, and her youngest sister, Aimee Wilkinson, is a musician. She started taking dance lessons at the age of two, and performed on stage as a dancer. She graduated from Kickapoo High School in Springfield. Following her high school graduation, she moved to Los Angeles, California to become an actress.