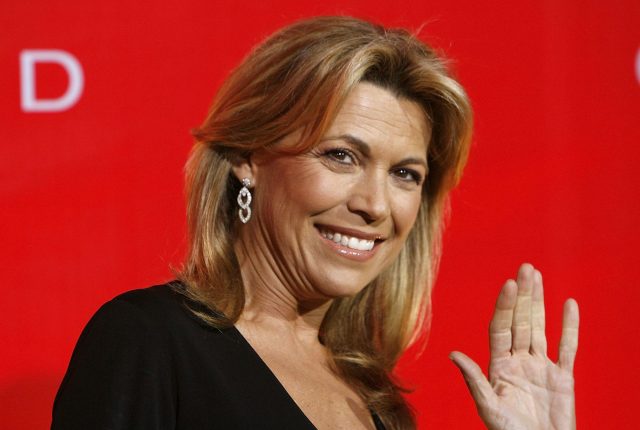 Vanna White’s height and other measurements are visible in the table below. Check it out!

Short Bio
Vanna was born February 18, 1957 in Conway, South Carolina. She’s mostly known as the hostess of Wheel of Fortune, where she’s starring since 1982. But she also appeared in various movie roles, such as Venus on Goddess of Love and Doris on Graduation Day. She was married to George Santo Pietro and has two kids.

My favorite movie is ‘Imitation of Life.’ It’s just a true love story, and it really touched me.

In my personal life, I’m a huge fan of Carolina Herrera. I just think her stuff is timeless and classic.

I probably have more Guess shoes than any other.

It is what it is, and it’s a crazy job – I literally touch letters and wear pretty clothes, and how do you describe that job? It’s weird, but I’ve been doing it for a long time, and I’ll be first to make fun of it – I really will – but I wouldn’t trade it for anything else in world.

I will say that when I retire, I will probably do something to help others. I don’t know know what it will be… probably I’ll get involved in some charity.