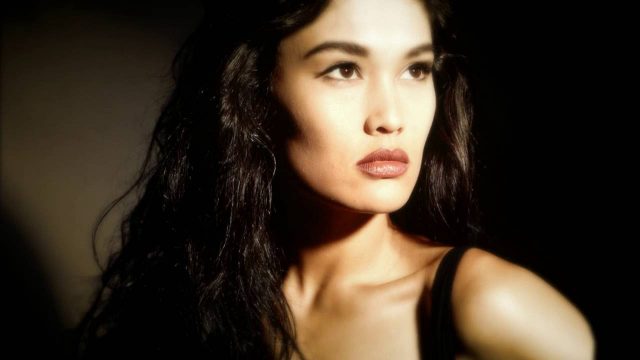 Tia Carrere’s height and other measurements are visible in the table below. Check it out!

Short Bio
Tia was born January 2, 1967 in Honolulu, Hawaii as Althea Rae Janairo. She is of Filipino, Chinese and Spanish descent. Her first TV role was in Airwolf series in 1985. Most people know her probably as Sydney Fox in Relic Hunter TV show. Her most recent movies include Wild Cherry, Hard Breakers, and You May Not Kiss the Bride.

Beauty lasts five minutes. Maybe longer if you have a good plastic surgeon.

That’s always at the heart and soul of Disney’s features, the feeling of a family values.

This is a Disney animated feature; it’s eternal, it’s history. What’s there to think about’

The reporter claimed he was going to write the article from my point of view. Instead, he made me sound like a little idiot. It made me never want to do another interview again.

I play a female Indiana Jones, a professor who hunts down precious objects, like a bowl that belonged to the Buddha. They tailored the role to me: I wanted to be smart, funny, and to kick some ass.