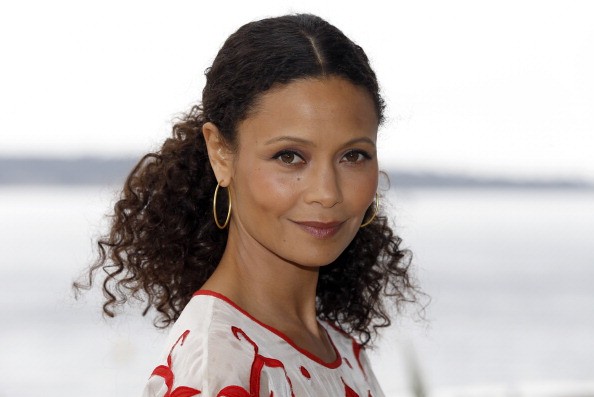 Thandie Newton’s height and other measurements are visible in the table below. Check it out!

Short Bio
Thandie was born born 6 November 1972 in London, UK. She has English and Zimbabwean ancestry. She studied social anthropology at Downing College, Cambridge. Newton is married to Ol Parker since 1998. They have three kids. She’s a vegetarian and was voted the Sexiest Vegan of 2014 in the UK by PETA. Thandie played in Mission: Impossible II, The Chronicles of Riddick, and ER.

I’m good at playing the emotionally strangled person. The woman who is in the worst place in her life. That’s me!

Then I became a mother and it just fills every space, that isn’t filled with something else important. It’s just like this incredible balloon that blows up and fills life up.

I actually see a lot of the pain and destruction, like Black Lives Matter, in the long-term as positive because it shows that we’re moving forward; we’re evolving and moving and challenging the frontiers.

Often, when you go to the movies or the theatre, you think, Jesus Christ, everybody is white. But my daughter goes to an amazing dance school called Ballet Black, and they have every colour: dark, white, mixed. It looks like the future to me.