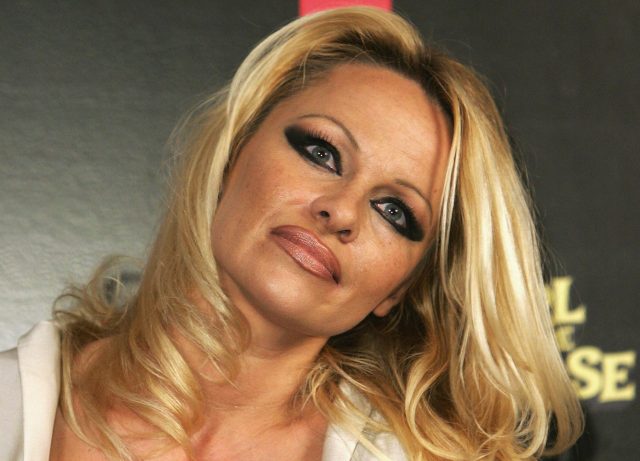 Pamela Anderson’s bra size and other measurements are visible in the table below. Check it out!

Short Bio
Pamela Denis Anderson was born 1st July 1967 in Ladysmith, Canada. She has, among others, Finnish and Russian ancestry. She became famous in 1990 as a Playmate of the Month for February issue of Playboy magazine. From 1992 until 1997, Pamela was starring as Casey Jean “C.J.” Parker in Baywatch series. Later in her career, she also appeared in several reality TV shows (Australian Big Brother, Dancing with the Stars and Dancing on Ice).

People who wear fur smell like a wet dog if they’re in the rain. And they look fat and gross.

I’m known for my handwritten notes.

My little circle of friends know how twisted my brain is. I’m constantly reading and people always think, ‘Ah, we didn’t know that about you’, but that’s part of my charm.

Eventually you just have to realize that you’re living for an audience of one. I’m not here for anyone else’s approval.

I’m kind of proud of myself. I’ve been able to keep a certain grace about me, even in the times of disgrace and craziness.