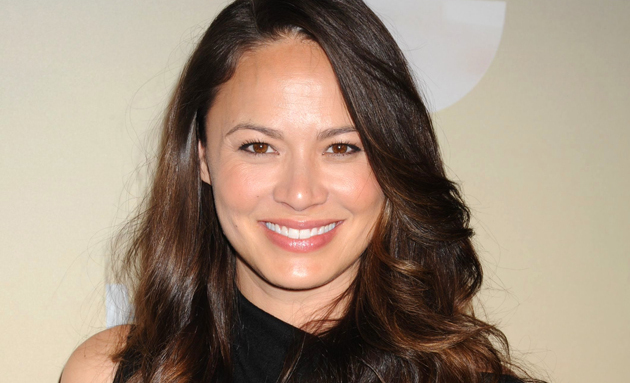 Moon Bloodgood’s weight and other measurements are visible in the table below. Check it out!

Short Bio
Moon was born September 20, 1975 in Alliance, Nebraska. Her ancestry is half-Korean (from mother’s side) which gives her exotic look. In 2009, Bloodgood peaked as #20 in 2009 on Maxim’s Hot 100 list. It isn’t coincidence that it was the same year that she posed in very hot lingerie for this mag. In 2011, Moon married her boyfriend Grady Hall and one year later gave birth to their daughter Pepper. Some of her more recent movies include Bedrooms, Conception, and The Sessions. As Livia Beale on Journeyman, Moon also undressed to underwear, proving once more how great her curves look.

I think maybe one day I’ll go back to music. I don’t know. I don’t know if sometimes you lose a passion or you don’t lose it, it becomes more personal and less about sharing it with everyone.

I would much rather watch a horror film or science fiction than a comedy. I don’t know why. I just like them. I find them relaxing.

When I was 17, I was a Lakers Girl; I was the youngest girl on the squad.

I don’t know why I’ve always been uncomfortable being too feminine. If a dress has too many flowers on it, if I’m giggling too much, I’m like ugh, put some combat boots on. I love masculine women. I think it’s because I’m like a fake lesbian, I don’t know.

I love people who are real.