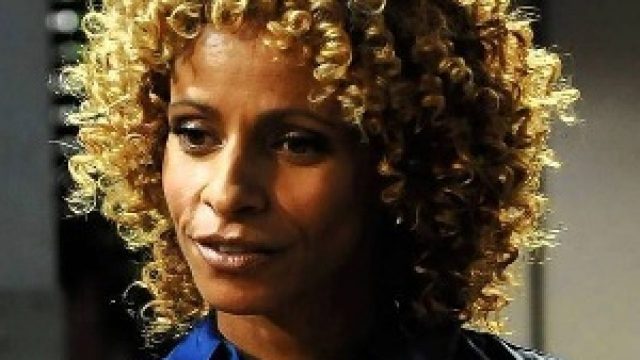 Michelle Hurd’s weight and other measurements are visible in the table below. Check it out!

Michelle Hurd is an American actress of film, television, and theatre. She is best known for her television roles as NYPD Detective Monique Jeffries on the NBC legal drama Law & Order: Special Victims Unit for its first and second season. Her other notable television appearances include: The Glades, Another World, Leap Years, ER, Ash vs. Evil Dead, Blindspot, and Lethal Weapon. Her films include Rude Awakening, Random Hearts, Girl Most Likely, I Spit on Your Grave III: Vengeance Is Mine, and We Don’t Belong Here. Born on December 21, 1966 in New York City, New York, USA, to parents Hugh Hurd and Dr. Merlyn Purdy, she has one older sister named Adrienne. She was educated at Saint Ann’s School and Boston University. In July 2007, she married actor Garret Dillahunt.