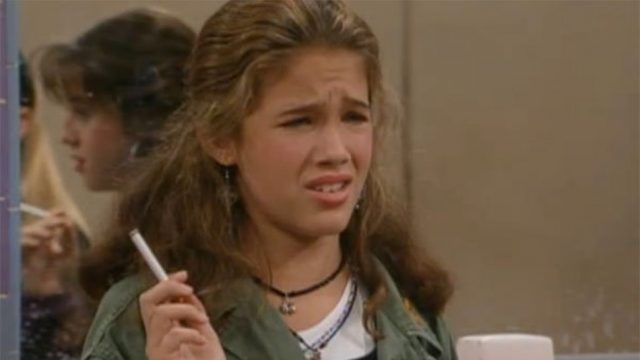 Marla Sokoloff’s weight and other measurements are visible in the table below. Check it out!

Short Bio
Marla was born December 19, 1980 in San Francisco, California. She has Jewish ancestry. In the past, Marla dated actor James Franco. Today, Sokoloff is married to Alec Puro since 2009 and they have two kids. She gave birth to them in 2012 and 2015. Her notable movies are The Baby-Sitters Club, Whatever It Takes, and Play the Game. She also played Dani on The Fosters and Alice on Big Day.

I didn’t go to a normal high school. It was for people in the performing arts.

The most frustrating thing for me as a singer is that people have pinpointed me as an actress who suddenly woke up one day and decided that I wanted to sing.

We went down for pilot season, I got Full House, and we wound up never leaving.

At the time, the only options were playing the local county fair. Now with American Idol and younger recording artists that have come out, there is more of an opportunity.

Cancer has been unfortunately in my life. My mom’s best friend is kicking ass in her battle with breast cancer. Both of my grandmas had cancer. I recently lost a friend to cancer.