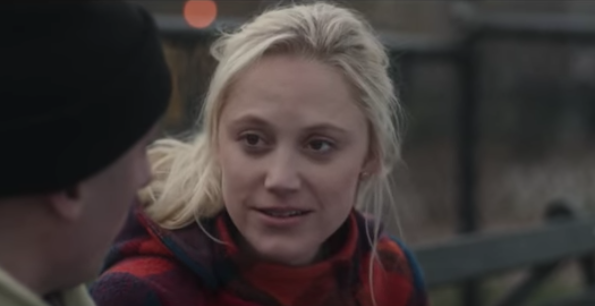 Maika Monroe’s height and other measurements are visible in the table below. Check it out!

Short Bio
Maika was born May 29, 1993 in Santa Barbara, California. Her first movie role came in 2012 with At Any Price. 2015 is a break through year for her. She’ll appear on It Follows (Maika filmed one scene of this horror movie in lace pink underwear), Bokeh, and Echoes of War. And she’s already filming several films for 2016, including The 5th Wave, Hot Summer Nighs, and even eagerly awaited Independence Day: Resurgence. She’s slowly becoming a first class Hollywood star. According to rumors, Monroe is currently dating handsome Liam Hemsworth. What a cute couple!

To be honest, you don’t get the full picture when you read a script.

I’d really love to work with Quentin Tarantino. There’s so many people that I’d love to work with, but there’s something about Quentin, and one of my all-time favorite films is ‘Kill Bill.’ Something along those lines would be such a blast.

It fell into my lap. I grew up doing dance classes. And one day, a film production company contacted my dance school looking for background dancers. I wasn’t looking for it. It just happened. And I found myself on set. And that was that.

I’m working on a movie called ‘Labor Day’ with Kate Winslet while still balancing kite boarding. Being an actress and an athlete is a challenge, but I’m excited to see what happens.

I love James Brown, and as a baby, I was always dancing to James Brown.