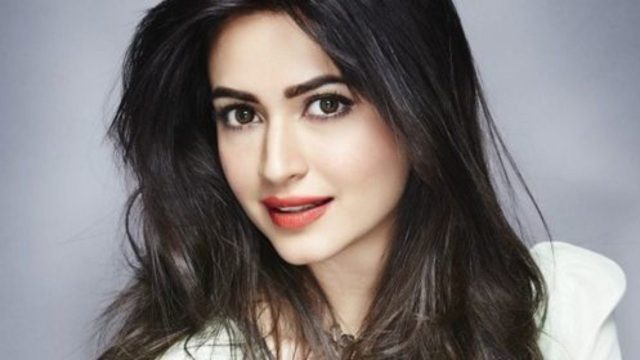 Kriti Kharbanda’s shoe size and other measurements are visible in the table below. Check it out!

Kriti Kharbanda is an Indian actress and model who appears mainly in Hindi, Kannada, Tamil and Telugu films. Her accolades include a SIIMA Award and two nominations for the Filmfare Award South. Her notable film appearances include: Googly, Super Ranga, Bruce Lee – The Fighter, Dalapathi, Veerey Ki Wedding, Guest iin London, Bruce Lee, Shaadi Mein Zaroor Aana, Maasthi Gudi, Yamla Pagla Deewana: Phir Se, and Raaz: Reboot. Born on October 29, 1988 in New Delhi, India, into a Punjabi family, her parents are Rajni and Ashwani Kharbanda. The eldest of three children, Kharbanda has a sister named Ishita and a brother named Jaiwardhan. She did her high school in Baldwin Girls High School and attended Bishop Cotton girl’s school, ISC, before graduating from Sri Bhagawan Mahaveer Jain College. She also studied jewelry design at Sri Bhagawan Mahaveer Jain College. She began her career as a model and made her acting debut in 2009 with the Telugu film Boni. Her first Bollywood film was the 2016 thriller Raaz: Reboot.

I was always one of those people who thought my love life would be dramatic – a knight in shining armour would take me away on his horse. I was that girl; I’m still that girl. What better way to live that life than being an actor?

When I started playing tennis in Class V, I used to be the only girl on the court along with 20-odd boys. So, I am used to being in the company of boys. In fact, I have very few girlfriends, and even my besties are boys; I find it much easier to get along with them.

The only Bollywood dream I have is to meet Shah Rukh Khan once.

I have been a big fan of Dulquer. I have watched a lot of his films… ‘O Kadhal Kanmani’ being my favourite.

I never expected ‘Theen Maar’ to have such a great opening. Pawan Kalyan is a huge star in Tollywood, but for me, it’s just my second film.