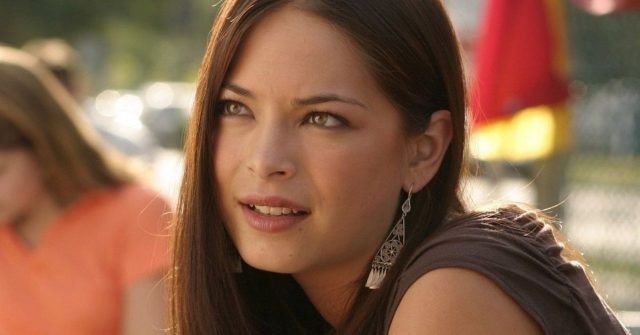 Kristin Kreuk’s height and other measurements are visible in the table below. Check it out!

Short Bio
Kristin was born 30th December 1982 in Vancouver, Canada. She is best known for her role as Lana Lang in Smallville TV series, as Laurel Yeung in Edgemont and as Catherine Chandler in Beauty & the Beast. You could also see her in movies e.g. Snow White, Street Fighter: The Legend of Chun-Li, Vampire, Irvine Welsh’s Ecstasy and Space Milkshake. Kristin was named number 1 on Femme Fatales 50 Sexiest Women of the Year list in 2005.

I didn’t play video games because my parents didn’t allow it. That was banned from my childhood experience.

I was one of those kids who wanted to do everything, I wanted to be a marine biologist, an actress, a writer, an environmentalist, an activist.

I think the education I’ve had as an actor I would never have had at university.

I took piano for many years. I kicked and screamed through all of my lessons, but my mom really insisted.