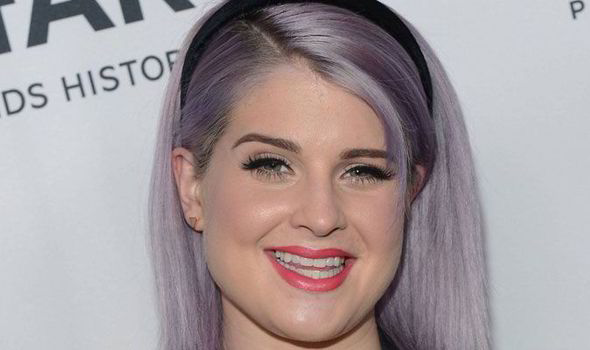 Kelly Osbourne’s height and other measurements are visible in the table below. Check it out!

Short Bio
Kelly was born 27 October 1984 in London, UK. She’s a daughter of famous metal and rock musician Ozzy Osbourne. The whole family had their own reality TV shows The Osbournes. Kelly dated Matthew Mosshart between years 2011 and 2014. She also played in Are We There Yet?, Drop Dead Diva, and Sharknado 2: The Second One. In 2015, she’ll be starring as Hildy Gloom on The 7D.

A trick I’ve learned is to eat just a little bit of something that has no carbs and no sugar in it before you go to sleep because it keeps your metabolism going.

To wake up in England and have the newspaper on your front door with a headline that says, ‘Ozzie’s Beach Whale of a Daughter,’ doesn’t really do much for your self-esteem at all.

I go on the Internet and look at old pictures of myself, because it is the best reminder of how far I have come and where I do not want to be.

I was dating this guy and we would spend all day text messaging each other. And he thought that he could tell that he liked me more because he actually spelt the word ‘YOU’ and I just put the letter ‘U’.