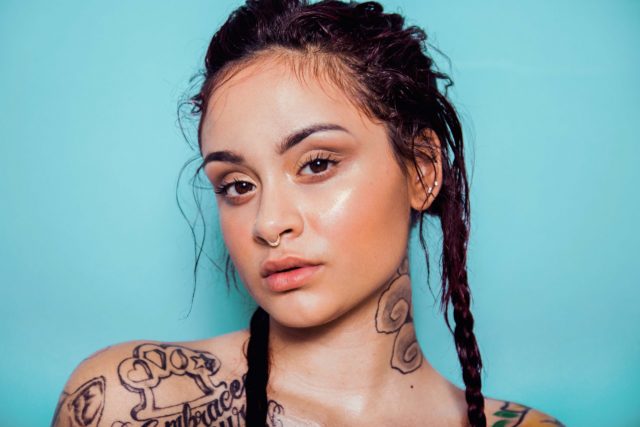 Kehlani’s shoe size and other measurements are visible in the table below. Check it out!

Kehlani is an American singer-songwriter and dancer who first achieved fame as a member of the teen group Poplyfe. Her first commercial mixtape, Cloud 19, (2014) was listed as one of the Complex’s “50 Best Albums of 2014.” In 2015, Kehlani released her second commercial mixtape, You Should Be Here, which debuted at number 5 on the R&B/Hip-Hop chart. Her debut album SweetSexySavage was released on January 27, 2017. Kehlani’s notable songs include “Crzy”, “Distraction”, “Gangsta”, and “Nights Like This”. Born Kehlani Ashley Parrish on April 24, 1995 in Oakland, California, her father passed away when she was a toddler and her mother, who had a drug addiction, was in and out of the jail, so Kehlani was raised by her aunt. Growing up, she practiced ballet and modern dance at Oakland School for the Arts. She has a daughter Adeya Nomi Young-White with ex-boyfriend Javaughn Young-White. She was previously in a relationship with NBA guard Kyrie Irving. In 2019, she began dating YG.

Look below and behold the body statistics of Kehlani. The table covers bra size, height, weight, shoe size, and more!

I went from broke and homeless sleeping on couches. Couldn’t even figure out what I was doing in Los Angeles. Now, I’m paying my own bills. I’m about to move my mama in with me at 19. I’m on tour now, and this is all off of one mixtape.

I’ve always been a very young person with a very old soul.

Sex is biological, but gender is mental.