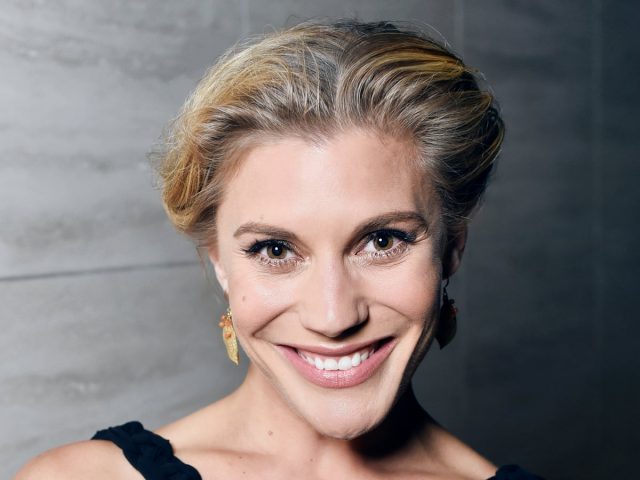 Katee Sackhoff’s bra size and other measurements are visible in the table below. Check it out!

Short Bio
Katee was born 8th April 1980 in Portland, Oregon. She is best known for her role of Captain Kara Thrace in Battlestar Galactica TV series. You could also see her in Longmire, Riddick, CSI: Crime Scene Investigation and 24. Katee has couple of tattoos, one of a Japanese symbol for choice, crucifix on her left shoulder and a Latin phrase for “public property” on her right arm.

Science fiction fans are awesome – they love you so much that they’ll watch anything you do, even if it’s complete crap. I never dreamed that I would go to conventions and sit down and have coffee with a Klingon. It’s so weird, but it’s my life.

I think every character I play has a physicality to them, so I have to stay in some sort of shape. I’ll never be a size two. And I don’t want to be a size two.

I grew up in Oregon so I grew up around reservations, so I’ve always kind of had this knowledge. Not a tremendous amount of knowledge, but an outsider’s knowledge of what reservation life was like.

It’s interesting, the things you learn when you’re 21. I learned never to get tattoos in the middle of shooting a movie. Because if you’re not Angelina Jolie or Megan Fox, they will fire you.