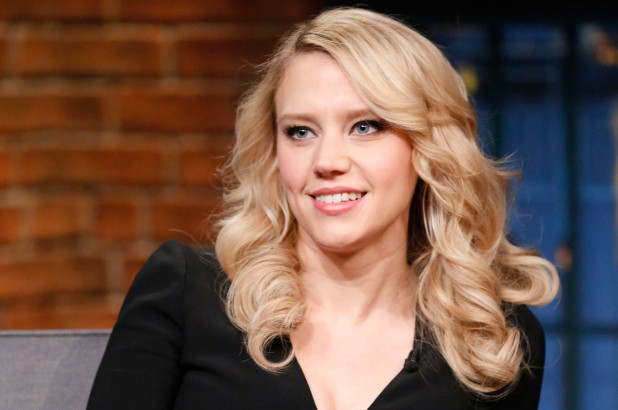 Kate McKinnon’s height and other measurements are visible in the table below. Check it out!

Kate was born January 6, 1984 in Sea Cliff, New York into the family of architect and an educator. She has a college degree from Columbia University. She played in many movies, including Life Partners, Staten Island Summer, and Ghostbusters. But her most famous work so far is for SNL, especially her celebrity impressions. McKinnon is openly gay. She is dating Marla Mindelle since 2013. Her girlfriend is also an actress. Kate lives with her cat named Nino Positano which shed perceives to be her child.

I just like playing unique characters that I love.

I was very serene, and I still am, until I start talking in another voice, then suddenly I have a lot of volume and I’m frantic. But I didn’t want to be one of those people who’s always talking in accents in real life, so I started doing sketch comedy.

I worked as a telemarketer for an SAT-prep company. That was the worst of it, because I had to call people in post-Katrina New Orleans and offer them this very, very expensive SAT class. And I’m not even a good salesman.

I admire my boss, Lorne Michaels. He never stops producing. I think, for him, comedy is a tool of compassion, a way of rallying people together and saying, ‘Guys, isn’t the world bonkers? Aren’t we all just trying our best?’ There’s a tenderness in everything he does.

To be employed in the entertainment industry is a miracle.