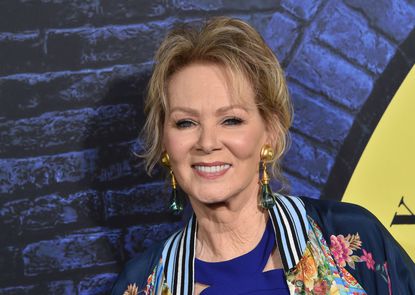 Jean Smart’s height and other measurements are visible in the table below. Check it out!

Jean was born September 13, 1951 in Seattle, Washington. She suffers from type 1 diabetes since early age. Smart holds BFA degree from the University of Washington Professional Actors Training Program. Investing into formal education certainly paid off. Her acting career is filled with memorable movies, including The Odd Couple II, Mistress, and I Heart Huckabees. Jean currently plays Melanie Bird in a sci-fi series Legion. She is married to Richard Gilliland since 1987. They have one own son, Connor Douglas, and also adopted a daughter, Bonnie Kathleen. Jean and and fellow actor Richard met while filming Designing Women, started dating, and are going strong ever since.

I think that people get to a certain point in their life and they think that nothing can change.

We are all a lot more attracted to someone who finds us incredibly attractive. It’s very flattering. It feels good.

Unless I have to, I can’t take a job for the money. Unless my children are going to be out on the street, I have to be a little bit picky.

I was always snobby about soap operas, and commercials, too, but one does have to eat. I remember auditioning for a commercial for a mouthwash or chewing gum or something, and I had to pretend to be the back end of somebody in a horse costume. After that, I said, ‘That’s it. That’s it. You’ve sunk too far!’