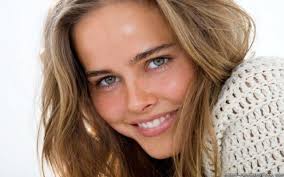 Isabel Lucas’ height and other measurements are visible in the table below. Check it out!

Isabel was born 29 January 1985 in Melbourne, Australia. She studied St. Monica’s College in Cairns, Victorian College of Arts, and Queensland University of Technology. her most famous movie roles are goddess Athena on Immortals, evil female robot Alice on Transformers: Revenge of the Fallen, and Alison on Daybreakers. In 2015, she should appear as Isabel on Knight of Cups. Lucas was picked as one of Australia’s Sexiest Vegetarian Celebrities by PETA.

I grew up partially in Switzerland but mostly in Australia. I lived in Kakadu for a short time – it’s an Aboriginal community. My best friend growing up was Aboriginal. She taught me so much.

My best friend was Aboriginal. She taught me about ‘bush tucker’ – the food of the land, the different things you could eat if you got lost in the bush, like grasses and berries. There’s this tree called the billygoat plum – the fruit is quite nice.

I grew up being very interested in Greek mythology because my mum read to my sister and I.

I lived for a couple of years when I was 9 years old on beautiful Aboriginal sacred land in a town of a thousand people in northwestern Australia. It’s where the Aborigines are still very connected to their culture, the Dreamtime culture. It was really quite a special experience.

I was a barefoot earth child for a couple of years.