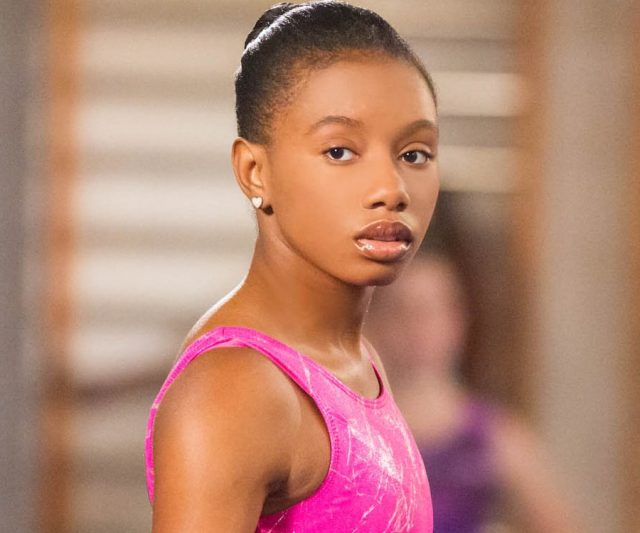 Imani Hakim’s weight and other measurements are visible in the table below. Check it out!

Imani Hakim is an American actress. She is best known for her roles as Tonya Rock on the American hit sitcom Everybody Hates Chris, and Gabrielle Douglas in the Lifetime movie The Gabby Douglas Story. Hakim’s other notable works include ER, Chocolate City, Sharknado: The 4th Awakens, Sollers Point, Burning Sands, and Cam. Born on August 12, 1993 in Cleveland, Ohio, USA, she was raised by her father. She has five brothers. Imani studied acting at Cleveland Ohio’s historic Karamu House Theater, and appeared in many of its stage productions. She also studied at Alexander’s Workshop School in Lakewood, California and at The Young Actor’s Space in Burbank, California. She made her television debut in 2005, appearing in the hit TV show “Everybody Hates Chris”.

I decided that I wanted to be an actress at the age of 7. This is something I’ve always known.

When people say, ‘If you could do anything else, what would you do?’ I would be an actress. That’s something that I would do – I can’t see myself doing anything else.

I owe my success to my two families. If my father hadn’t been willing to make sacrifices for me, I would have never won the role on ‘Everybody Hates Chris’. I like working with my television family, too. We have a lot of love for each other.

I just would like to be challenged. I want to push myself to the limit, and constantly challenge myself and grow as an artist. That’s where I want to go. Explore different things, different characters, in film, and just everything!