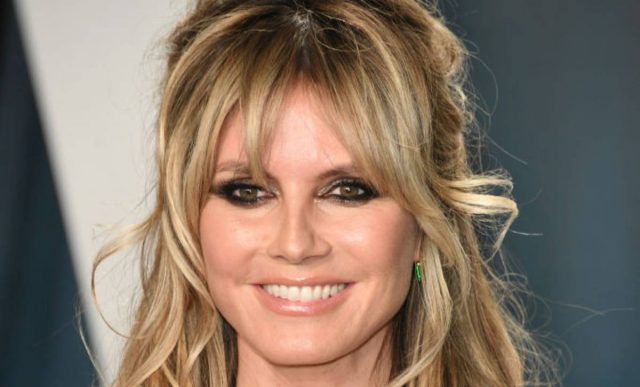 Heidi Klum’s bra size and other measurements are visible in the table below. Check it out!

Short Bio – Boyfriends and husbands
Heidi was born 1st June 1973 in Bergisch Gladbach, West Germany. She was married to stylist Ric Pipino for five years. Than she had a relationship with Flavio Briatore and they have daughter Leni, who was born on 2004. When Heidi was pregnant with Leni she started dating musician Seal. Heidi and Seal get married on May 2005 and have three biological children. They filed for divorce on 2012. Current Heidi’s boyfriend is her bodyguard Martin Kristen.

Fashion is a very particular world, as you know.

I don’t have the hard everyday life that so many working mothers face.

A little acting debut in Spin City, with Michael J. Fox, which opened up a whole new door for me.

A woman is a woman!