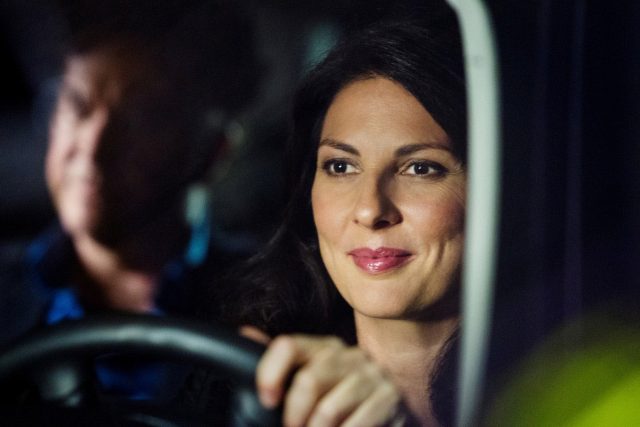 Gina Bellman’s height and other measurements are visible in the table below. Check it out!

Gina was born 10 July 1966 in Auckland, New Zealand. She has Polish and Russian ancestry. Bellman used to date fellow actor Sam Rockwell but eventually married Lucho Brieva in 2005. The couple divorced only two years later. Her second husband is Zaab Sethna. They have one daughter. Gina’s by far most famous role is Sophie Devereaux from TV show Leverage. But she also appeared on multiple movies, including Paranoid, Sitting Ducks, and Zerophilia.

When I had the wonderful occasion to play a goofball, Jane, in ‘Coupling,’ it was definitely an homage to Julia Louis-Dreyfus, who I just think is a genius.

My average day on ‘Leverage’ starts at 5 A. M. and ends 12 to 14 hours later. An hour drive to the set and back sometimes makes the day unbearably long. You have to grab a few minutes to yourself where you can.

I think there was a petition online to get me involved in ‘Doctor Who.’ I’m not a ‘Doctor Who’ fanatic, but I am a Steven Moffat fanatic.

I have always liked family-type dramas; I just think the dynamics in families make for some really interesting characters.