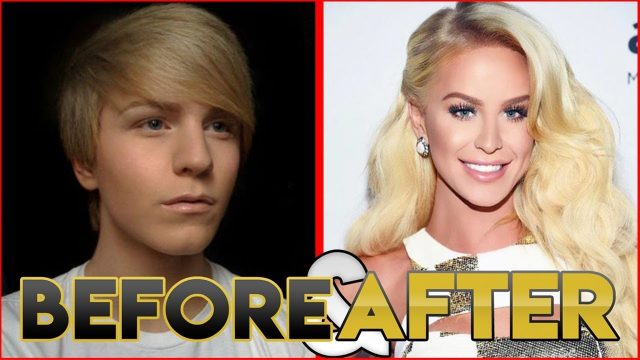 Gigi Gorgeous’ height and other measurements are visible in the table below. Check it out!

Gigi Gorgeous is a Canadian YouTube star, actress, model and transgender activist. She first gained attention in 2008 when she began uploading video blogs onto streaming platform YouTube. She has appeared on the popular online reality show The Avenue. She has also collaborated with popular celebrities such as Kim Kardashian, Kylie Jenner, and Miley Cyrus. She has more than 2.8 million subscribers to her YouTube channel. Her Facebook has amassed more than 2 million followers as well as 2.2 million Instagram followers. Born Giselle Loren Lazzarato on April 20, 1992 in Montreal, Canada, to parents Judith and David Lazzarato, she has two brothers, Adam and Cory. She belongs to Italian, Lebanese and French descent. She did her schooling from St. Francis of Assisi School and Iona Catholic Secondary School. She went to study fashion at George Brown College, but she left to focus on her YouTube career. At the age of 19 Lazzarato came out on her YouTube channel, identifying as a gay male. In 2013, she announced that she was a transgender woman. In March 2018, Gigi and girlfriend fashion designer Nats Getty announced their engagement.

I think that being open, in general, is really important. If you’re not, you close yourself off to experiences.

You can have everything in the world, but if you aren’t happy within yourself, it’s not worth it.

I’ve built up such a thick skin. It’s very easy to take one comment – whether it be a really mean comment that digs deep or just something rude – and really run with it. It’s so easy: if there are 100 comments, and 99 are nice, you just run with the bad one.

Marriage is absolutely something that’s important to me. It’s the ultimate symbolic step in love.

With any huge change, you need to expect and accept that people will have their own opinions and feel the need to express them.