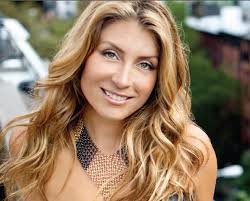 Genevieve Gorder’s weight and other measurements are visible in the table below. Check it out!

Genevieve was born July 26, 1974 in Minneapolis, Minnesota. She originally studied international affairs at the Lewis & Clark College but later switched her focus to design. She eventually earned her B.F.A degree in design from the School of Visual Arts in Manhattan and her first job was for MTV. Slowly making her name as a designer, Genevieve rose to prominence after her appearance on TLC’s popular series Trading Spaces.Since 2009, Gorder is starring on various HGTV shows that revolve around interior decoration and design. She lives with her daughter from the past marriage. Genevieve was married to Tyler Harcott from 2006 til 2013. She is not single though. Her current boyfriend is Anthony Carrion, the host of Kitchen Cousins.

Like I said, TLC has enough of my life. I have to keep some of it for myself.

It’s not about doing over the living room of someone who has bad taste in color. This is about restoring historic buildings and instilling pride in a community, which can be done through designing new public spaces and social gathering spots.

Being on Oprah? You realize that there are a couple of types of audience members. There are like the cult people in the audience who are just crying before she gets on. And then there are the people who are playing it cool. I definitely was somewhere in the middle.

That was always my frustration with so many of these shows, because design is not an ambush… it’s a relationship. You have to know how people move and live and work to be able to design for them.

And the relationships that happen become so intense, deep, involved and complex and really hard to say goodbye to. The hardest part of the show is saying goodbye when it’s all done. It really breaks you.