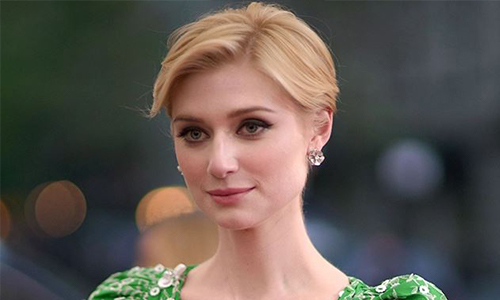 Elizabeth Debicki’s height and other measurements are visible in the table below. Check it out!

Short Bio
Elizabeth was born August 1990 in Paris, France but her family moved to Melbourne when she was only a kid. Her ancestry is Polish and Irish. She has college degree in Drama from Victorian College of the Arts at University of Melbourne. Debicki started with acting in 2011 with smaller roles but relatively fast gained the attention. 2015 is a real breakthrough year for her since she’ll be playing in severa movies, including The Man from U.N.C.L.E., The Kettering Incident, and Everest. Elizabeth’s tall slim figure reminds us of Nicole Kidman, another Australian beauty that made it to Hollywood.

Often, female characters are quite one dimensional, especially in a two hour film; television gives characters room to breathe and develop.

I was a dancer from a young age. My parents were dancers; we were taken to a lot of ballet as children. It occurred to me that what I liked more than dancing the steps was acting the story of whatever particular performance I was taking part in.

Red carpets are awful. They’re like a kind of purgatory – you stand there, and there are cameras flashing everywhere. One of my first red carpets was in Cannes for ‘The Great Gatsby,’ and I’d never seen anything like it.

I was very new to working in front of the camera when I started shooting ‘Gatsby’, so I set myself the mission of gleaning as much information as possible out of the much more experienced actors. The cast was astoundingly talented.

I am very tall, and when you’re a teenager, you want to be like everyone else. I used to slump a lot; it’s very human at that stage to want to be part of the crowd and not want any part of you that is sticking out.