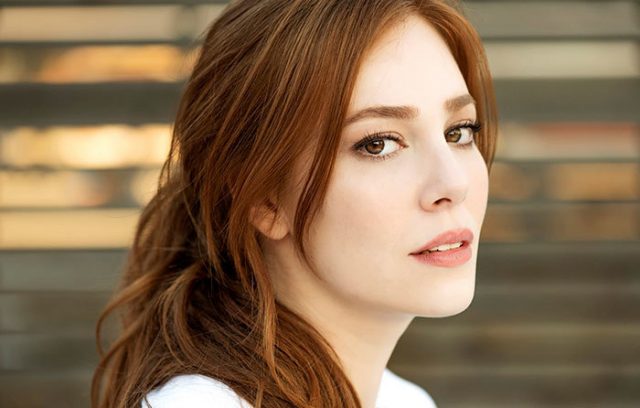 Elçin Sangu’s height and other measurements are visible in the table below. Check it out!

Elçin Sangu is a Turkish actress and model. She is best known for portraying Defne Topal on the Star TV romantic comedy series Kiralık Aşk from 2015 to 2017. She is also known for roles such as Jale in Öyle Bir Geçer Zaman ki, Nehir in Aşk Kaç Beden Giyer, Eda in Bir Aşk Hikâyesi, Güzide in Kurt Seyit ve Şura, Zeynep in Sevdam Alabora, Mia in Immortals, and Zeynep Tunç in Çarpışma. In 2017, she was cast in the movie Mutluluk Zamanı. Born on August 13, 1985 in İzmir, Turkey, she belongs to Circassian descent. She was raised an only child. Sangu graduated from Mersin University Fine Arts Faculty – Opera Department. She also studied acting at the Sahne Tozu Theatre and made her first onscreen appearance in 2011. She made her television debut in 2012 in the comedy series, Ask Kaç Beden Giyer. She has been in a long term relationship with Yunus Özdiken (2013-Present).