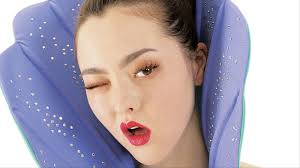 Devon Aoki’s height and other measurements are visible in the table below. Check it out!

Devon was born August 10, 1982 in New York City. She has German and English ancestry from her mother’s side while her father was Japanese. Aoki started in modeling when she was only 13 years old. At the early age of 16, Devon already replaced Naomi Campbell as the main face of Versace brand. Hot Devon succeeded also as actress, starring on 2 Fast 2 Furious, Sin City, DOA: Dead or Alive, and Mutant Chronicles. Aoki posed completely undressed once, yet her intimate parts were covered by a huge albino snake, that was coiled around her slim body.

It’s difficult to see yourself up on screen without being a critic.

I think people like to think I’m in some way financially dependent on my family – on my dad – but the fact of the matter is I’ve been emancipated from my father since I was 14 years old. That’s something people don’t know or understand.

I think it’s important that there is a change, especially in fashion. I’m pleased to be part of a ‘new breed’ of models who perhaps don’t exactly fit the status quo.

I have lots of brothers and sisters, two of whom are younger than myself, so I rely on my phone, text messaging or e-mailing to stay in the loop and communicate when I’m away for big chunks of time.