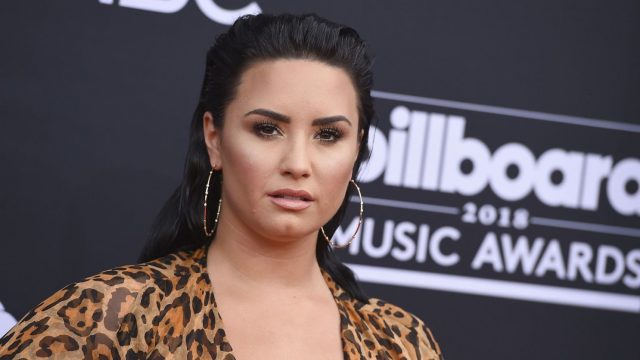 Demi Lovato’s weight and other measurements are visible in the table below. Check it out!

Demi has Mexican, Irish and Italian ancestry. Her first role was Angela in Barney & Friends. She also appeared in one episode of Prison Break series. In 2013, Demi appears in 6 episodes of Glee, famous TV series featuring also Lea Michele and Dianna Agron.

Sometimes I think, ‘Why couldn’t I have been normal?’

I learned that you go through things, you deal with them and that’s what empowers you and ultimately makes you a happy person.

I was compulsively overeating when I was eight years old.

I feel like I’m held more accountable to stay healthy now because now I’m a role model to young girls to not have eating issues and to not say, ‘Hey, it’s OK to starve yourself’ or ‘It’s OK to throw up after your meals’ – that’s not OK.

In treatment, all of the negative things I did were stripped away and I had to start processing my feelings.