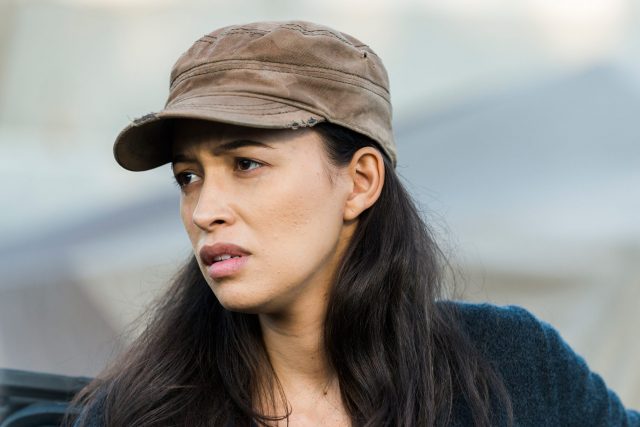 Christian Serratos’ weight and other measurements are visible in the table below. Check it out!

Christian was born September 21, 1990 in California. She has Mexican, Irish, and Italian ancestry. As a kid, Christina was starring on TV show Ned’s Declassified School Survival Guide as Suzie Crabgrass. Serratos played also in Twilight trilogy, 96 Minutes, and 7500. Since 2014, Serratos plays Rosita Espinosa on popular TV series Walking Dead. We are sure she has a more great roles ahead of her. She posed for Maxim and FHM. In 2010, Maxim chose her as #65 on it’s Hot 100 list. Christian also posed nude in PETA campaign against fur clothing. This issue is very close to her, since she’s a vegetarian.

When I stopped eating meat, I noticed that it was easier for me to focus, and I was really proud of myself for being green also… I had a plethora of reasons for going vegetarian.

I have a terrible, terrible fear of knives. I only buy food that I don’t need to cut… I haven’t cut my food in years! Like, I won’t even touch a plastic knife or anything sharp. And if I’m in a kitchen and somebody picks up a knife, I leave.

I’m not a really big comic book person. I know the typical ones – ‘Spider-Man’ and ‘Wonder Woman’ and ‘Storm’ and that stuff. But don’t quiz me, because I’m not good at things like that.

Dia de Los Muertos is a holiday that pays tribute to the dead and also celebrates life. So I thought, what better of an idea to bring it in with PETA and let people know how we can respect the living and the dead. Going vegetarian could be an incredible option for people if they would just educate themselves.