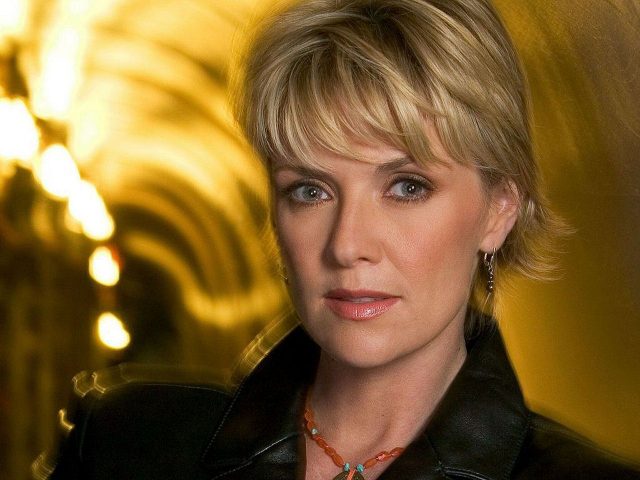 Amanda Tapping’s height and other measurements are visible in the table below. Check it out!

Short Bio
Amanda was born 28 August 1965 in Rochford, UK but her family moved to Canada when she was a little kid. Her by far most popular role is Samantha Carter on Star Gate TV series and also movies. She caught attention of many sci-fi fans. Tapping was also starring as Dr. Helen Magnus in another sci-fi series Sanctuary. You could see her more recently, in 2013 on Supernatural as Naomi. Amanda is currently 48 years old, married, and has one daughter, Olivia.

Ever since I started doing television, I tended to get cast, for the most part, as these strong, intelligent women… Which is wonderful, but very rarely do I get to be the goofy girl that I am.

Comedy is really my passion. I started out way before television doing sketch comedy with other women. Very much along the lines of, at the time it was ‘Sensible Footwear’, but now it’s ‘Smack The Pony’, ‘French And Saunders’, that kind of thing. That’s how I started out.

I got roped into Twitter. I actually quite enjoy it! But I don’t go on as often as some.

Every time I’ve done a fund raiser, I’ve been blown away by the amount of money and the generosity that our fans have.