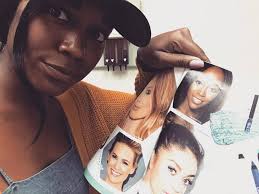 Aja Naomi King’s height and other measurements are visible in the table below. Check it out!

Aja Naomi was born January 11, 1985 in Los Angeles, California. She earned BFA degree in Acting from the University of California and MFA degree from prestigious Yale University’s School of Drama . King played in several movies, such as Damsels in Distress, Four, and The Birth of a Nation. However her biggest success so far is one of the main roles on How to Get Away with Murder. According to some rumors, she’s currently dating co-star from this series, Alfred Enoch.

I thought I was going to be on Broadway. I thought, ‘I’m going to do theater.’

The problem of sexism is getting better, but I don’t know if it’s getting better fast enough. We see more roles for women that don’t entirely revolve around the way in which they function in a man’s life, but typically those women are almost always white, and even then, there are only a few of them.

I’ve been performing since I was a child; my mother would have to pull me aside and tell me that I wasn’t onstage. I was a cheerleader, president of choir, and in the school play.

Diversity is such an interesting word. I feel like when people hear the word ‘diversity,’ they think that it means only people of color, when in reality, diversity is all-inclusive; it means everyone.

We all have our family issues from time to time.