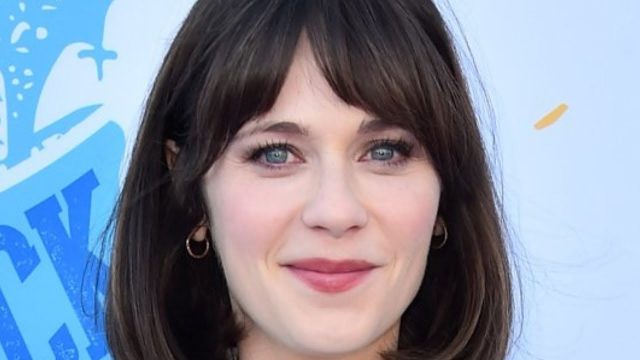 Zooey Deschanel’s bra size and other measurements are visible in the table below. Check it out!

Short Bio
Zooey Deschanel was born 1980 in Los Angeles, California. Her mixed ancestry includes Swiss, Dutch, English, Irish, and French influences. Her family is Roman Catholic. Deschanel’s first movie was 1999 comedy Mumford. Her other memorable movies include Yes Man, (500) Days of Summer and Our Idiot Brother. Deschanel is also known as Jess on New Girl TV series, where’s starring together with Hannah Simone (in the role of Cecilia “Cece” Parekh). If you want to check out her measurements closely in some recent movie, we suggest Your Higness. Zooey wears there hot medieval dress with daring cleavage.

I think my knowledge of music theory is rooted in jazz theory, and a lot of the writers of standards – Rodgers and Hart, and Gershwin.

I don’t have control over what’s on screen, and that’s terrifying.

It’s nice that there are movies and songs about romance – it’s what motivates us as human beings. I’m all for being brainwashed by rom-coms.

I think I’m a fun flatmate. I’m always cheerful. I go on tour with my band so it’s 12 people on one bus and I feel like I’m the one who’s happy in the morning. I’m not a chaotic person, but I might slack off on doing the dishes from time to time.

I’m the worst at picking what movies are going to do well. I have no idea. I’m really surprised if a movie I like does well.